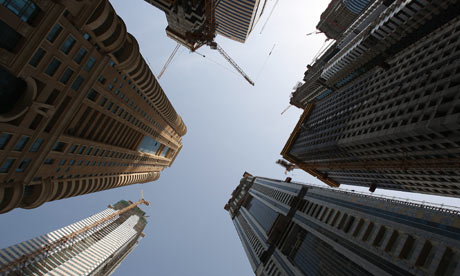 Swapnil Shah doesn’t have anything against cleaner-burning fuels or renewable energy. He just thinks North American businesses – and the buildings they operate in – should be using less energy, no matter the source.

“The ability to reduce consumption in those buildings can have a huge impact”, both economically and environmentally, said Shah, the CEO of First Fuel. The young software company in Lexington, Massachusetts, was founded with exactly that goal in mind.

First Fuel is built – and named – based on the notion that those interested in making energy more environmentally friendly should look first to efficiency before seeking newer, greener fuel sources. To help make energy efficiency easier, the company has created a software system that completes a remote version of a more conventional “energy audit”, a process in which trained assessors conduct an on-site evaluation of a building to identify energy-saving opportunities.

The First Fuel system uses thousands of data points about a building’s energy usage, its physical dimensions and the weather in its location to calculate where and how the structure can cut its energy use. Clients provide their energy use data and their addresses; the rest of the information comes from public records and commercially available archives.

The advantage of a remote assessment, according to Shah, is that assessors don’t need to visit each site, a time-intensive and – as he puts it – “kind of a subjective” process.

First Fuel’s process produces a final report that identifies specific areas – heating and cooling, lighting, building operations – in which there are opportunities to improve efficiency. The analysis is completed without any on-site inspections.

Shah likens the process to the way doctors can use blood tests and MRI results to diagnose patients without ever meeting them. And it seems to work: third-party studies, including one by Pacific Gas & Electric, have concluded that the accuracy of First Fuel assessments is comparable to that of traditional audits and that the software is often able to suggest energy-saving measures missed by human inspectors.

Swapnil Shah, CEO of First Fuel. Photograph: First FuelThe high performance is the result of years of tinkering and refining, Shah says. The 45-year old native of India and his three co-founders started the company in 2010, but only brought the product to market some 18 months ago after spending a year and a half making sure the software could live up to its promise.

First Fuel’s business strategy is based on a growing movement toward energy conservation in both the commercial and government sectors. Shah co-founded three previous business-to-business software companies that were acquired or went public: mValent,WebSpective and Open Environment. He wanted his newest endeavor to combine a profitable business with an effort to improve the world, he said.

“After having spent 20 years in enterprise software, I was really looking for a different challenge, something that had a broader impact,” Shah said.

About 30 US states and Canadian provinces already have regulations aimed at reducing energy consumption in buildings, Shah noted. Meanwhile, the commercial sector is responsible for approximately 20% of total energy consumption in the United States, according to the USEnergy Information Administration. First Fuel hopes to reduce that consumption: its customer base consists of utilities, government agencies, and commercial enterprises aiming to cut costs, meet legal requirements or improve their sustainability.

Still, First Fuel faces some challenges. As interest in the field of energy efficiency explodes, perhaps the biggest obstacle is the sheer number of competitors crowding the market. In a recent report, energy services company Groom Energy identified more than 200 vendors – from big players like IBM and Honeywell to innovative start-ups – selling some form of “energy management solution”.

Additionally, there is some debate about whether the push for energy efficiency will live up to its potential. Some studies have found evidence that improving efficiency can cause what is often called a “rebound effect”: Knowing their systems are more efficient, customers may feel that they can afford to leave a light on or drive more often.

First Fuel aims to avoid this problem by finding energy-saving opportunities that don’t change building occupants’ level of comfort. If they don’t notice any changes, the logic goes, they’re unlikely to crank the heat up.

“Many of the opportunities we find are about keeping the buildings at comfort level, while still keeping the efficiency,” said Indran Ratnathicam, director of marketing and strategy for First Fuel.

Among the company’s customers is Washington DC, which is trying to reduce its energy consumption by 20% from the summer of 2013 to the end of 2014. First Fuel has already helped the district make progress toward that goal, said Sam Brooks, director of energy and sustainability for the department that manages the district’s 30m square feet of building space.

In one case, the program was used to analyze a 500,000-square-foot building. The results suggested that the building’s lighting wasn’t as efficient as it could be and that the HVAC (heating, ventilation and air conditioning) systems were running longer than was necessary each day.

“An hour and a half right there can be worth $40,000 to $50,000 to your bill,” Brooks noted. “When you target those little pockets of operational waste, you’re really able to very rapidly get rid of that waste.”

The software-driven approach is also more scalable than traditional audits, Brooks said. With roughly 400 buildings in the district’s portfolio, on-site inspections would be cumbersome and time-consuming. First Fuel, however, enabled Brooks’ department evaluate all its buildings and identify waste much more rapidly, he said.

“There’s not much downside to efficiency,” Shah said.